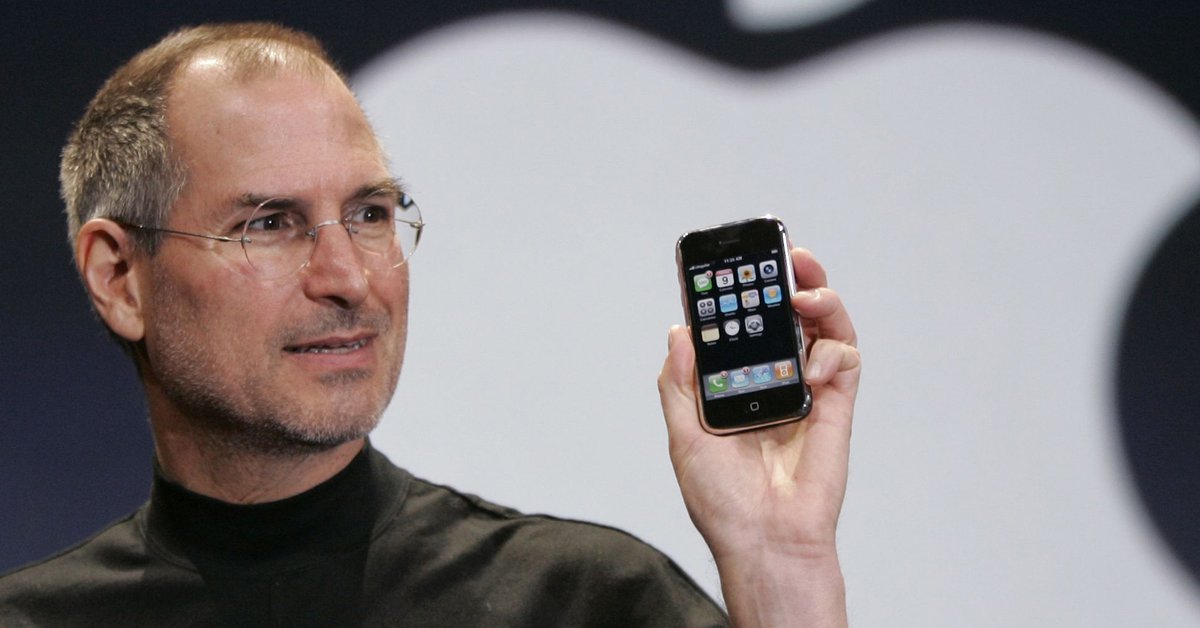 Twenty-five years ago, Apple was on the verge of a mistake that could forever ruin the impressive boom that made it the most successful and influential technology company in the world.

Episode, little known this happened in early 1996 and affected before and after in the history of the company which, more than any other, has changed our relationship with technology.

At that time, the firm was dealing with several problems: bureaucratic administration, a few changes in strategy, and too many insignificant products meant that Apple had less than 5% of the personal computer market. his The market capitalization was a ridiculous $ 3,000 million. Influential business magazine Bloomberg Businessweek this testified to the decadence on the cover, which went down in history. “The fall of the American icon,” it said.

In this context, January 31, 1996, Apple’s board of directors met at the offices of its law firm in New York to get a key meeting on the company’s future.

As mentioned Gil Amelio, who at the time was a board member of Apple, there were two items on the agenda.

The first was an offer to sell Apple directly to computer company Sun Microsystems. Second, plan to include Amelio himself as CEO.

As Amelio said in his 1998 book On Shooting: My 500 Days at Apple (“On the firing line: My 500 days at Apple ”), quoted by Inc., Sun’s deal to sell Apple was very close to completion. The executive has been impressed with Sun’s presentation so far Scott McNealy,, CEO and founder of an IT services company, refused to commit to keeping the Apple brand alive.

The idea of ​​abandoning the Apple brand was a “big red flag”wrote Amelio. “Could it be that this smart and capable entrepreneur didn’t know that the Apple brand is something that should not only be maintained, but also promoted and promoted?”.

Still, Amelio added that he felt it he had to keep participating in the discussion to find out how much Son would pay for Apple.

Apple shares traded at about $ 28 per share; Amelio expected to hear an offer to buy at least $ 30. Instead, Sun offered $ 23 per share. According to the executive branch, at that moment all negotiations broke up.

Amelio rejected the offer in 10 words: “Scott, that’s impossible.” I can’t confirm that at all. “

The meeting lasted several hours, but the sale failed. The Board of Directors has officially offered Amelio the position of CEO and this one agreed on the condition that the sale of Sun was not approved.

Gil Amelio was Apple’s CEO until 1997. In his brief tenure as CEO, in addition to avoiding the sale of Sun, he led Apple to acquire Steve Jobs NeXTthat would be key to the future development of computers iMac, one of the products that marked the revival of Cupertino.

The rest is history. In 1997, Steve Jobs persuaded the board to fire Amelio e made its triumphant return to the helm of Apple after its controversial release in 1985.

Jobs’ return changed the formula for his firm’s success: elegant and simple products with a significant price, accompanied by advertising and the press in abundance.

At first it was iMac in 1998, then iPod, in 2001. And in January 2007 there was a legendary presentation at MacWorld in San Francisco iPhone. Jobs said that smartphones are not so smart, and that they are not easy to use against what is said. “IPhone works like magic”, defined.

Under the leadership of the current CEO Tim Cook, the product has become a business that brings most of Apple’s profits, which became in 2020 the first company listed in the US to reach an estimate of 2 trillion and the largest company in the world by market capitalization, worth $ 132 per share.

None of this, apparently, This would have been possible without these ten words spoken by Gil Amelio at that meeting 25 years ago.

MORE IN THIS TOPIC:

Apple is working on a keyboard with dynamic labels

Apple has introduced its new Mac with its own processor

Apple plans to release a standalone car in 2024

Images and videos of an impressive prototype Apple Watch have appeared

Amazon, Apple, Facebook and Google: Can tech giants survive the big 2020 they spent in the middle of a pandemic?