Failure to support the persecution of Justice … 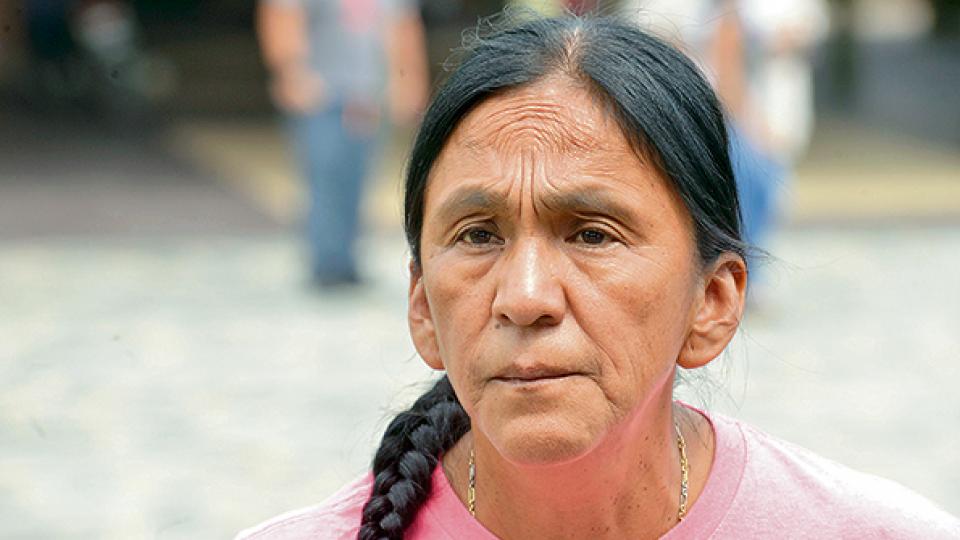 Postponing the hearings for more than ten hours, the Judicial Criminal Court 3 Jujui sentenced the social leader, Milagro Sala, to 13 years of age. He pleaded guilty to crimes of unlawful association, extortion and fraud for the state, despite the fact that the complaints that were prompted by the provincial executive authorities and the accusations could not provide credible evidence to support the accountability of the reporter Tupac Amar in the facts, " Today women judges, both women and workers, will enter the story for what you decide, whether it is good or bad, "said Sala, when they filed a word to him before hearing his convictions. Like other 30 defendants, the leader assured her innocence: "All my colleagues and I are innocent. We do not steal anything and it is no coincidence that our work is internationally recognized, "he said. This is the fourth trial that Salah encounters after she was arrested almost three years ago. The verdict is the first one, which, if it is solid, will keep it locked. Sala's defense announced that he would appeal the ruling in all his instances.

The verdict came after six months of litigation, formed by three files known as Pibes Villeros, which investigates redirection of funds originally intended for the construction of Tupac Cooperatives and other public organizations in Jujuy.

Judge Maria Alejandra Tolaba – Formerly appointed president of the court after unsuccessful competitions on two occasions – Claudia Sadir and Ana Carolina Perez Rojas admit Saul responsible for the crimes she was accused of in court, despite the fact that the defense, Luis Pas, Matias Duarte and Paula Alvarez Contreras insisted on the "orphan" elements to bring them. Sala has faced sentences of more than 20 years in jail.

In his request and in dialogue with this newspaper, Duarte noted that "the prosecution can not resolve" the "serious violations" of the instructions throughout the discussion. Among the violations, he mentioned the lack of a timeframe for illegal crimes and extortion imposed on Salou, as well as the lack of validity of the documentary evidence on which the prosecution was charged in order to accuse Salu of deceiving the state: all photocopies. Finally, at the time of the charge, the defenders condemned that, in order to attribute Sala, the prosecutor of the prosecutor's office, Juzhno, "invented" facts that did not appear to be raised to court.

After the verdict, the defense argued that he would appeal the decisions of all instances and, while the grounds are expected to provide more detailed information about the reasons why Sala was convicted, "in cases of appeal, the injustices caused by violations will be sustained." – He turned to this newspaper Duarte

This Wednesday, Sala, is responsible for three years of imprisonment under the previous regime, without weighing in his face any firm conviction. For the same reason, the legal group representing her will ask, despite the conviction, to release her until the verdict is confirmed by all the courts.

It was expected that the final hearing would begin yesterday at 8:30, but the court was required to suspend it after it was known that Raul Ezekeel Aguilera, one of the provincial MPs, Mabel Balkonte, was charged with a mother with a mother and Sala, and who, according to official figures, is working for the government of Jujui, was arrested last weekend in Formosa for possession of cocaine for supposedly commercial purposes.

Aguilera is the only accused in which prosecutor prosecutor Judzheni demanded excuses at his request. The testimony of him and his brother, members of one of the housing cooperatives involved in the case, during an oral discussion, were part of the strategy of the prosecutor's office and the executive branch of Jujuy to incriminate Sala. Between the cries they claimed before the court that they were "forced" to collect checks for the funds intended for the construction of houses. Both were acquitted by the court.

Balconet, mother of both, completed the strategy. The deputy, elected for political space Tupac Amaru, was involved in the case shortly after Sal. Surprisingly changed his version of the events and "confessed" that accompanied Salu once in Buenos Aires, on one of the alleged trips that the leader had made, according to deputies, to the delivery of money to deputy Mahmo Kirchner in his "Balconte Olive Tree" Sentencing at age 8 and asking the provincial legislature to have the privileges removed.