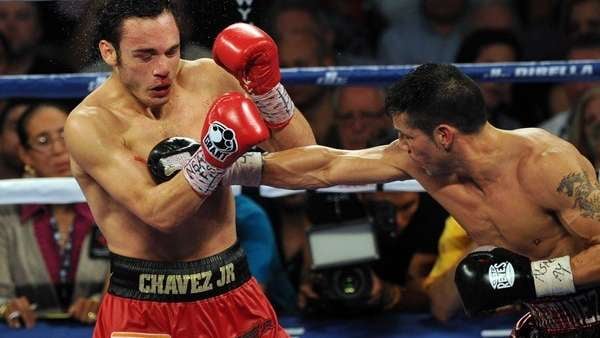 The September 15, 2012 will not be unforgettable to Sergio "Maravilla" Martínez. But he also left an inflexible goal for Julio César Chávez Jr., and the Mexican who fell to Argentina in Las Vegas and gave him the best for the title of the middleweight world.

After that night, there was nothing in the house. For the popularity of Quilmeño it grew despite the start of the last curve of its career. For the one born in Sinaloa everything went up the hill.

"When I got to Martinez in 2012 I had a very low depression and I started drinking a lot, I used to drink, I'm smoking marijuana, I used a lot of pills, because I said that I I've been struggling to sleep, I stopped drinking two years ago, I'll leave it, but I knew I got pills and at the end it was the same thing, it hurt me, "admitted the boxer in interview with Telemundo.

Once he understood the difficult situation he was facing, he decided to recover and went to a rehabilitation center run by his father, legendary boxer Julio César Chávez.

"I was in Tijuana for about two months, in his clinic, because I was a lot of anxiety, I was hard for me because at the beginning I said why, I have money, my house , I'm not bad, but I realized that it was wrong, my wife and women realized when I was drinking and it was bad, "he said.

On the other hand, Chávez Jr referred to another difficult defeat, against Saúl "Canelo" Álvarez in 2017.

"I thought I was not going to fight again. I said if I fought with a weight that is not pleasing and I accept the fines, I should have dignity. "I was so disappointed that I thought that nothing was going to happen when they were writing me."