“Said Haakon is trying to put all the blame on me” 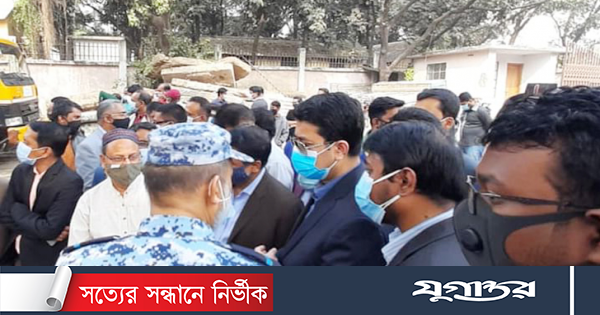 The mayor of the Southern City Corporation of Dhaka (DSCC), Sheikh Fazl Nur Tapos, said: “Since taking office on May 16, we have launched an anti-corruption campaign.” As you have noticed, some information about the market has come out. Journalists were looking for them. There were various monetary transactions. Those who were transactions with money, those who carried out transactions, filed complaints.

“We have not received any complaints from the DSCC or from me personally,” he said. Merchants and shopkeepers who illegally occupied the land carried out money transactions. Now he is trying to put all the blame on me. I think this is very undesirable. He raises these issues only out of anger.

He told reporters during a visit to an office building and a pumping station near the capital city of Maniknagar on Monday morning.

He also called Said Haakon’s statement defamatory and said that legal action would be taken.

Former Mayor Saeed Haakon made various accusations against incumbent Sheikh Tapos on a human chain in the capital on Saturday afternoon. The day after participating in Sunday’s program, Mayor Tapos commented that Saeed Haakon’s statement was his personal opinion. Today, he spoke again about Said Haakon’s statement.

Tapas said ex-mayor Said Haakon’s allegations of corruption were defamatory. I was surprised to hear him talking.

‘He declared himself a corrupt limestone. And he complained to me. Apparently, this was defamatory of the charges against me. I can definitely take action on this.

Asked if he was taking legal action, the DSCC mayor replied: “If we take action against defamation, we must take legal action.”

Asked to explain Said Haakon’s statement, Tapas said: “The day before Bangabandhu returned home, we noticed that he (Saeed Haakon) had convened a meeting and insulted me.” I think this is a manifestation of his personal insult.