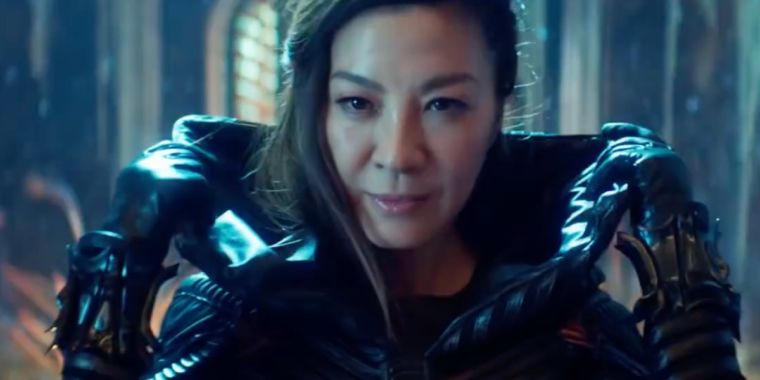 Season 2 Star Trek: Opening will make its debut on January 17th, and CBS All Access has just confirmed the final Hollywood movie that it will release a series of Spinoffs, starring Michelle Yeo. Yeoh plays the federal captain Philippe Georgiou in a series; Rumors that the character will get a spinoff came out in November. Hopefully, this will disappoint fans due to the accumulation of the planned Star Trek 4 movie (continued Star Trek outside)

Co-authors will be Bo En Kim and Eric Lippoldt, and they will focus on the work of Captain George with the secret section of the Starfleet 31 (a long part of the canon of the Star Trek, since it was first introduced to Deep Space Deep in the 1990s). The original captain Georgiou died at the beginning of Season 1, but soon afterwards he came back through the mirror universe, and since then she has been a favorite fan. Section 31 came to the end of the Georgiou season, and since it is in the teaser trailer for the upcoming season, one can safely assume that Yeoh will still occasionally appear to Discovery.

Yeoh has long been a familiar face to Hong Kong fans. I loved her since she was shot from Jackie Chan in 1992 Police 3: Super Cop; like Chan, she made her own tricks, including an impressive motorcycle jump in that movie's climactic sequence. Her role in Russia Tomorrow never dies (1997) and The tiger, the hidden dragon is stealing (2000) brought her fame in America.

Star Trek The executive producer, Alex Kurtzman, seems to share our enthusiasm. "Michel destroyed the ceiling, broke the boundaries and surprised us with its grace and gravity for decades," he said in a statement entitled "The Hollywood Ending." "As a person, I adore her. As an actor, I respect her. We are all pleased to explore another wild chapter in the life of Captain Philip Georgiou."

Yeoh himself seems ecstatic to the news, especially since then Crazy rich asians (in which she plays the rich matriarch Eleanor Young) has just won the Critics Award for the best comedy last night. "I'm very excited to continue to tell these rich star stories," the actor said. "To be part of this universe, and this character was special to me for such a joy. I can not wait until all this goes away – of course, I believe it will go where no woman has ever walked before!"

CBS All Access also has another job where Patrick Stewart repeats his role as Captain Jean-Luc Picard. Star Trek: Short Tracks and a half-hour animated series, Star Trek: Under the Deck.