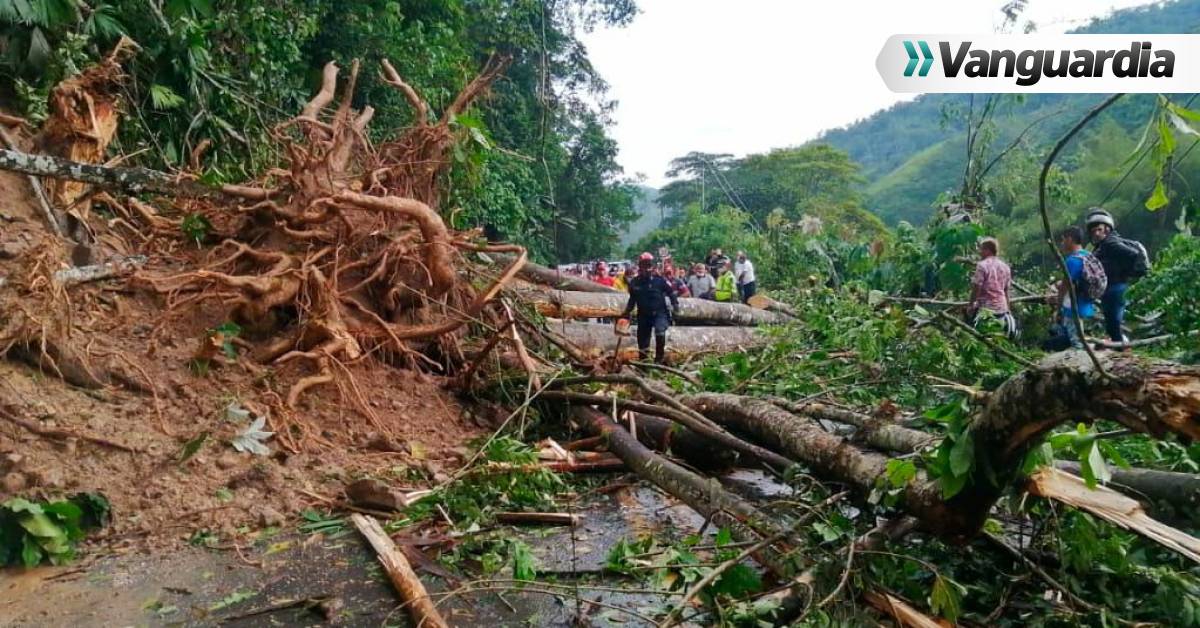 “Across Bucaramanga – San Alberto, there is no road, the stick has fallen, and 220 high-voltage networks have fallen on the tractor,” said a social media user, who communicates with Bucaramanga from El Playon, reported an emergency caused by rains in sector of El Bamboo.

The emergency, according to Diego Alberto Figueroa, head of the Rionegro fire department, was reported at 5:00 p.m.

“Highway police have called for support from firefighters to cut down 40-meter-high trees that fell on the national road, 31 kilometers between Rionegro and El Playon, a sector known as La Espuma.”

Three firefighters visited the scene with the support of police and road cleaning services dealing with emergencies.

Just as they were involved in the affair, a power pole fell on a tractor about 500 meters away, necessitating the presence of ESSA, which had already cut the wiring and lifted the pole.

At the moment, the road remains accessible to one lane for motorcycles and small cars, but heavy vehicles, buses and up to four ambulances remain congested.

It is expected that after 6:00 in the afternoon the road will be fully switched on.