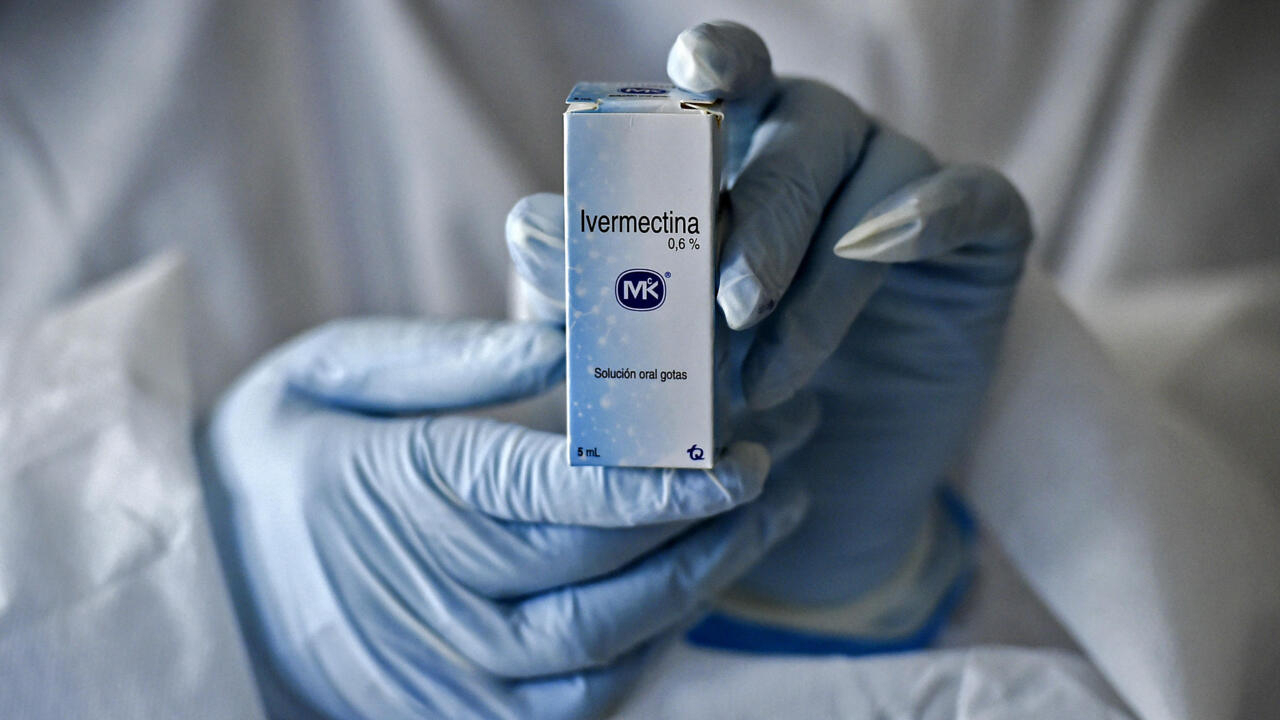 RFI interviewed the president of the WHO Expert Group on Immunization, Mexican Alejandro Cravioto, about the pandemic in Latin America, a vaccination campaign and the use of drugs that, according to the expert, have no effect on protection against Covid-19.

This week, the entire planet is paying close attention to what your group is publishing about the results of the study they are to present on the Chinese vaccines Sinovac and Sinopharm. Do we know on what day the report will be published, or can we already say whether its emergency use will be allowed?

Alejandro Cravioto The answer is for now. The process is ongoing as part of the World Health Organization’s emergency authorization for these two vaccines, as well as the recommendations made by the strategic group for either of these products. What we did for fundamental language reasons was a series of meetings with two Chinese companies through our working group to review these SARS-CoV-2 vaccines. What we do is that the company provides us with its data first on safety and then on efficacy after completing clinical trials. As for Chinese vaccines, they have results in a number of countries where vaccines have been tested in randomized controlled clinical trials with a sufficient number of subjects to be reliable in terms of belief in the safety and efficacy of vaccines. When the WHO authorization process for emergency use is completed, we will meet in the next 48-72 hours to make specific recommendations for the use of these vaccines. We understand haste, we understand that there are many countries, including mine, that use them, but if we need to follow the established procedure, that is, they must first obtain permission for emergency use by WHO or one of the regulators, and then we can make recommendations.

To bring our readers to the forefront and inform them of the importance of this news about Chinese vaccines, the WHO is currently authorizing the emergency use of COVID vaccines from Pfizer-BioNTech, Janssen (Johnson & Johnson) and AstraZeneca (en this last case, only batches made together with the South Korean SK BIO and the Serological Institute of India). The inclusion of vaccines in the WHO list is important because those licensed by an international organization can then be part of a COVAX dose distribution program among developing countries.

How many vaccines are on the WHO waiting list for research?

Alejandro Cravioto We also have contact with the Russian agency Gamaleya, we are considering their vaccine, Sputnik V. We also went through the same process as with the Chinese vaccine. We held between three or four meetings with each of the labs, from Pfizer to up-to-date, to make sure they had enough information to make recommendations.

Do you have the impression, as do other people, that the vaccination plan is working slower than expected?

Alejandro Cravioto The problem with us is the proposal, it is not so much a vaccination program. Because in most countries, since the arrival of vaccines, they fall into the arms of a person. The problem is that we do not have enough production of vaccines, and some countries have decided to leave all production for domestic use, and some other countries have recognized that these factories share the product with other countries, especially with Covax, which is a system of international cooperation. countries around the world, regardless of their economic level, had access to these vaccines to cover at least 20% of their population, which would be medical personnel, which is very important for them to be protected so that they can continue to work and prevent deaths.

Another global issue is the safety of AstraZeneca’s COVID-19 vaccine, following rare reports of blood clots in the brain. How to reassure the world’s population on this issue?

Alejandro Cravioto First of all, you need to have a detection system that immediately sees that the problem exists and begins to study it. If you see results, it is in Northern Europe, where there were cases, Germany, Norway, Sweden, Finland. We had a meeting this Sunday [4 de abril] It has become clear to the whole WHO group that we need more information from around the world, and it is already going to see if this is not the case in other countries where the vaccine is also used. I know that there have been several cases in France, but there have been very few or almost no reports from Spain or Italy. We need to understand why this happens because it may be related to other factors that are associated with the vaccine that can give this type of symptomatology. First, the main thing is that countries that use AstraZeneca have an adverse reaction monitoring system that allows them to determine whether it is possible or not. And the second is that we really see how many people present the problem, because maybe someone thinks that 23 cases are many, but if we see this compared to the millions of people vaccinated, the proportion is much lower than expected. I believe that decisions must be made with great certainty, but also with great care, so as not to affect the use of the vaccine, which is extremely protective for many countries around the world and is produced in places such as India and South Korea. where these vaccines reach Covax so that they can reach other parts of the world. Our concern is to continue to test whether the vaccines we use are useful against “problem” options. We already have three: English, South African and Brazilian, which we follow. In the case of South Africa, AstraZeneca has a lower level of protection not for death but for less serious diseases.

Vaccines are undoubtedly the focus of the media in the midst of this pandemic, but it is also worth looking at the drugs that are being produced that will reduce the severity of symptoms in patients when they end. race in search of these drugs? Is this a priority for many pharmaceutical companies now?

Alejandro Cravioto Just so. Everything we’ve seen has been used for not-so-serious diseases like Remdesivir, among others. Or direct protection, such as the use of antibodies, which, with various options, also do not seem effective. What needs to be taken into account is that we have a number of non-drug protection systems, such as the use of masks, hand washing, maintenance of social distance, which has been shown to work to reduce human-to-human transmission and what we need. continue to implement to continue to defend themselves. Confinements work, but at any given time there are many people who have to leave their homes to work, feed their children to survive, and therefore cannot simply remain locked in their homes without going out and seeing no one. Thus, non-drug protection measures have been proven to be effective in order to have an economically active life, to be able, among other things, to open our schools. Everyone has to work together, and unfortunately, in some countries it has become a social and political problem to abandon these measures, simply because people are already tired of having a normal life.

Focusing on Latin America, you are also concerned that in many countries in the region, a drug called Ivermectin is used in patients suffering from Covid-19. The idea is spreading in the region that this drug can help make the symptoms less severe, that the disease is just beginning to manifest itself – a theory that the scientific community has completely rejected. How can you stop this hoax [noticia falsa]?

Alejandro Cravioto It was stubborn that recommended [la Ivermectina] and above all, that they are recommended at a very high political level. When the president or prime minister of a country recommends drugs that do not work, it is a criminal act. It does not help us at all. The same thing happened with chloroquine, as well as with ivermectin and other things that are still prescribed and used, despite the fact that in all Latin American countries it is clearly stated that it does not work and does not benefit. These are completely unnecessary costs that do not bring any benefit to patients. It would be the same, as my grandmother used to say, to wear camphor alcohol rubs, which were useless but attracted the patient’s attention. People believe that by taking these things, they are protecting themselves, which is a real mistake. This means health costs, because these drugs, even if they are cheap, are expensive and expensive for people with few resources. The Pan American Health Organization, technical groups, and advisers in most Latin American countries were well aware that this was not working and was not working. Ivermectin can be used in some controlled clinical trials to see if it can help other types of things, but all we have today is that it is not a drug that helps us control or reduce the symptoms it causes. The virus that produces COVID-19.

What worries the head of the WHO Expert Group on Immunization the most today?

Alejandro Cravioto Two things: The first is to solve the problem of the AstraZeneca vaccine, which is so important to Covax, and we need to see the data clearly and decide how this vaccine will be used or will continue to be used at each level. group and with the participation of the manufacturer and Oxford researchers who developed this vaccine. The second is, honestly, a time of competition between vaccination and epidemic control. I think in a year everyone is very desperate, but now is not the time to be disappointed, and vaccines work. They are still prevalent in the poorest countries. We need to be patient, protect our medical staff and then our elders.

Of all the phrases I’ve read these days, I prefer the one by epidemiologist Carlos Alvarez, who says, “The best vaccine is the one that gets to my hand first.”

Alejandro Cravioto Quite. This is the recommendation we have. All approved vaccines are useful in preventing the serious diseases and deaths that currently concern us. Some of us are already noticing that they are reducing transmission. But for now, we are still mostly concerned that people are not sick.