Pavel Čižinský: We want Prague 1 to be an outdoor museum only 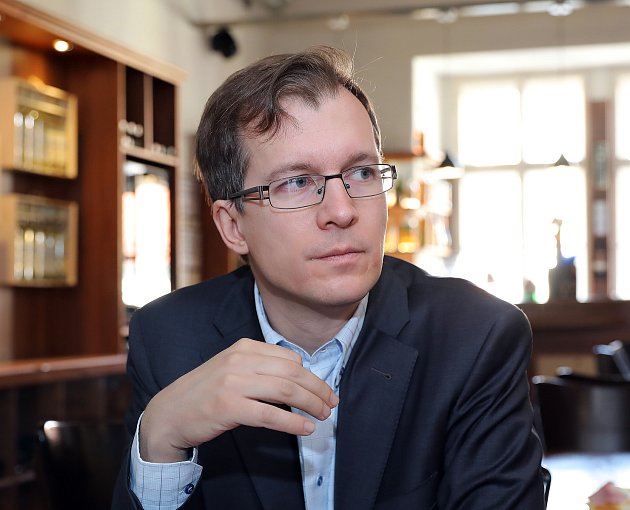 The trained lawyer and former platform spokesman of the left wing ProAlt, as well as the new coalition, strongly emphasize the current leadership of the City Hall led by Mayor Oldřich Lomecký. In politics, Pavel Čižinský decided to join after joining the opposition regime against the proposed privatization of Ysbyty Na Františku.

You've been in politics for about a year. Who is your chief adviser? Is that your brother?
I advise everyone, but especially the brother and the people of his / her surroundings. I am a member of this team and one of my tasks is to ensure that no one, as Mayor of Lomecký, has led the City Hall in Parag 1 to block a capital change project. Prague 1 is supposed to be part of the change, to be involved in, not thrown under the feet. If you want to change Prague, you must change Prague 1. It's a key part.

In the past, you have been part of the many Proalt venture Proalt initiative. How would you dismiss any fears that you could be promoting a leftist policy as a mayor?
Prague brings together different people with different opinions. Some are in the middle, some to the left or slightly to the right. It was agreed that we want to reform Prague along with a program of 100 changes to Prague. If you want to change something, you have to be able to agree and at the same time be able to retire from some requirements or ideas. I would like to promote a Prague and coalition joint program. And the themes that I have been doing in the past do not belong to Prague.

Did you participate in the demonstration against Israeli politics? Info.cz reported that he was concerned about the entrance to the new city hall to numerous Jewish monuments here …
I can not remember that. But it was a demonstration during a visit by the First Minister, Benjamin Netanyahu, the right brain. I'm probably there there. This does not change the fact that I certainly recognize the right of Israel's state to exist.

What is the essence of your criticism of the current leadership of Prague 1 under the leadership of the Oldřich Lomecký Mayor?
We read them uneconomically. So far, almost everything we've encountered makes the impression. The information we have is not correct, which in turn is associated with the lack of transparency of the city. But I'm personally, for example, almost ignoring the text of the contract to privatize the hospital at Frantisk. As a lawyer, I think it's totally ill. I can not explain it differently than there was a scam. I have also published a bargain analysis on Facebook, and I insist that the contract for more than 10 billion crowns is completely hurt. The agreement did not cover the basic principle that the city should pay 50-60 million investors and have a specific standard of service. It would be likely that the city would pay the money and the investor could do anything for 35 years. The agreement did not guarantee anything at all.

Ultimately, the privatization event met thanks to the civic pressures that you have been involved in. Then the Prague borough 1 promised, hospital and female traffic will contribute significantly more. Is it an ideal model for the future?
We will try an ideal. I would like to create a working group where, apart from the borough and other city regions, there will also be key players in healthcare, tourism, etc. Thanks to the location Twris is treated by historically injured tourists. There is a lot of space to follow. There is a wide range of possibilities for more efficient use and operation. At present, we are still unable to tell exactly what part of these financial problems are caused by poor leadership and about the general problems of Czech small hospitals in the system that have companies mainly health insurance. They give someone a better contract, somewhat worse. We will have to carry out an audit and some strategic decisions there. The problem is de facto PR absence, which generally makes the hospital's bad reputation without an outstanding history. We aim to find a sustainable model that will balance the needs of the city center and the ability to make money. The current act due to subsidies is burdensome and needs to be changed.

Why do you think that the parties of the current coalition in Prague 1 have failed in the elections?
I am not a political scientist or a media specialist to make a clear difference between what the media image can do and what the real action is. But I do not think that Mayor of Lomecký works well and suffers from a poor media image. The problems were really and I think they are worse than their media presentation.

General Paul: I do not want to shoot in the air. It is not yet time to announce the candidacy

The new Kia Sportage is in the big gallery: it also shows what other car manufacturers are hiding