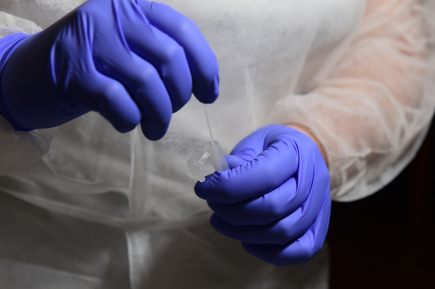 Prague – On Sunday in the Czech Republic there were 1911 confirmed cases of covid diseases, 169 more than a week ago. This was the first week-on-week increase since March 12. Since the outbreak in March last year, more than 27,000 people have been killed by the new coronavirus in the Czech Republic. Most of them died this year. This follows from the data on the website of the Ministry of Health.

The new coronavirus has infected 1.55 million people in the Czech Republic in more than 13 months. About nine out of ten have already recovered. The daily increase in the number of recently confirmed cases decreases by about a month compared to the same day of the previous week. The exceptions to the end of the first weekend in March were Friday, March 12 and Sunday last week.

Currently, this disease is most common on the border of southern Bohemia and the Vysočina region. In the Jindřichхуv Hradec region, where they recorded 445 new cases per 100,000 inhabitants in the last seven days. The Pelgrzym region follows from a certain distance.

As the spread of the disease slows, the number of covid-19 patients in need of hospital care has also declined in recent days. On Sunday, 5,794 people were hospitalized in Czech hospitals, almost 1,800 less than a week ago. 1335 patients were in serious condition, which is at least since February 21.

According to the latest ministry data, 29 percent of the approximately 22,700 standard hospital beds with oxygen are available. The capacity of beds with lung ventilation is four-fifths.

The value of the PES index, which previously regulated anti-epidemic measures in the Czech Republic, has now risen to 55 points. For the previous two days, it was three points lower. The reason for the increase is an increase in the number of plays from 0.76 to 0.81. The point value of the PES index continues to correspond to the third of the five levels of epidemic risk. However, in reality, anti-epidemic measures correspond to the fifth, strictest level.

On Sunday, doctors in the Czech Republic administered 10,208 doses of Covid vaccine, 700 more than a week ago. 1.8 million people have at least one dose of the vaccine. So far, 576,328 people have received both necessary benefits.