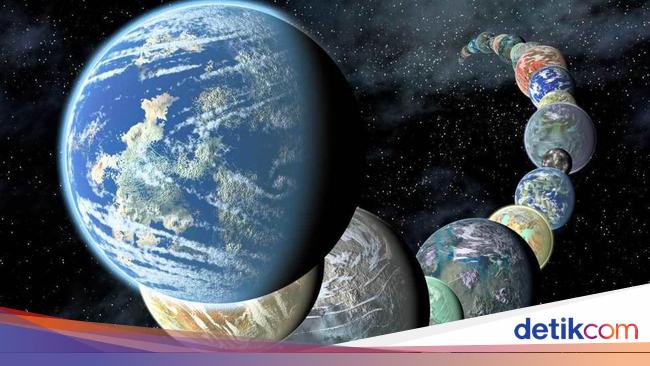 NASA’s TESS Exoplanetary Survey Transit Satellite has easily reached its destination. The US National Space Agency has stated that their spacecraft has discovered more than 2,200 potential planets since the start of its mission in 2018.

Hundreds of them are smaller planets, and some of them include rocky planets that are more like the Earth, although not necessarily habitable.

Quoted from Engadget, this conclusion exceeded estimates. Initially, in the first two years, TESS was tasked with finding 1,600 planets. Some of his discoveries were unusual.

One of them is the rocky planet TOI-700 d, which is at a distance of 100 light years, then there is LHS 3844 b, which is called the extremely hot Earth with a very close 11-hour orbit.

In addition, there is also TOI 1690 b, which is a rare victim of a red giant star swallowing a planet in its orbit, and 7TOI 849 b, which appears to be a gas giant that has lost its atmosphere or may never have an atmosphere.

Only 120 planets have been confirmed so far, and NASA is betting on future devices, such as the James Webb Space Telescope, to study potential planets in more detail. Despite this, the huge volume of the planet has shown a lot about its diversity and what it means for space as a whole.

Watch the video “NASA is an ingenious, helicopter explorer of the planet Mars“
[Gambas:Video 20detik]