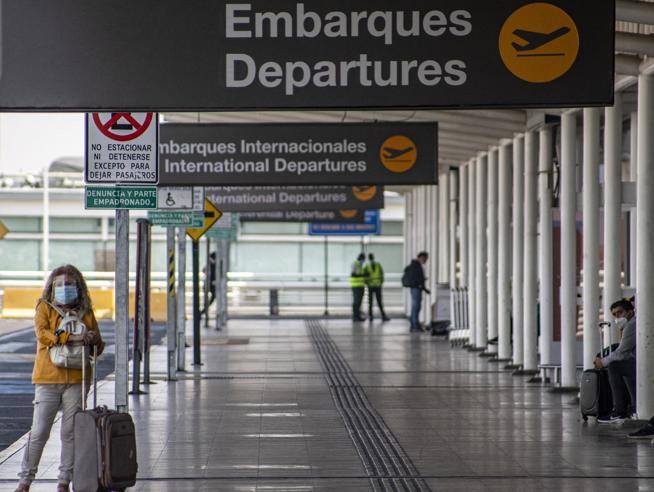 To see it this way is itDouble Europe, or rather triple the speed of daily commuting. Outside of this is Spain, its islands, much of it France and Switzerland, whose residents are moving as if there was no health emergency. Or it was already outdated. Among them, a number of countries – from Britain to the Netherlands and most of Germany, up to Austria, Italy and Greece – are essentially wintering under local restrictions. On the other hand here Scandinavia and Poland, the Baltic States, Croatia and the Eastern Balkans which seem to wake up with the arrival of spring, while around the number of pandemics you should be advised to stay home.

Analysis of a Spanish newspaper Country on the degree of mobility of Europeans in 800 regions and about twenty countries leaves little room for other interpretations: in the Old Continent, each country during these weeks moves a little independently and not necessarily following the level of infection (This is an example of France). Data updated in late March are processed using Google Mobility Report which anonymously collects data from millions of mobile phones to photograph our lives during a health crisis. At that time, the average indicators of three types of activity were calculated: travel to work, leisure and stay at public transport stations (trains, subways, buses). 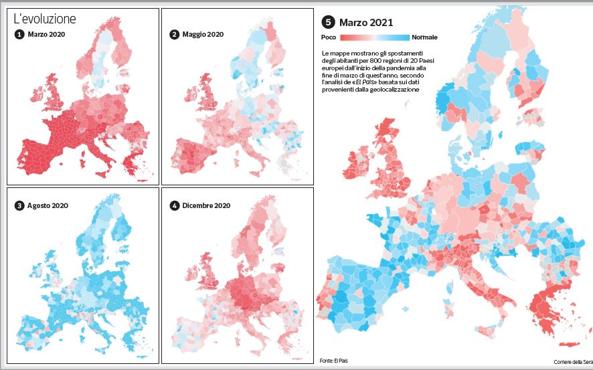 Spain stands out in this panorama where, with the exception of large cities (Madrid, Barcelona, ​​Valencia), people do not sit at home, at least judging by their smartphones. In the next update on April 2, to be honest, something has changed. But the change seems to be influenced by the coming of Easter. As for Italy at the end of the month there was some activity in Sardinia. In the latest Google bulletin, the movement between households and “food and pharmacies” is much higher: in short, people went to fill refrigerators on the eve of the holidays (and the national red zone).

Mobility trends from another platform, Apple, also point to a divided Europe. In a document dated April 4, Italy recorded a decrease of 65% in cars and public transport, by 72% on foot. In Spain, all, or almost all, as before the Covid-19: “only” -4% by car and -6% by public transport. Tourist flows (German, Italian, French) these days to the Balearic Islands are confirmed by tracking: + 46% of travel by car (apparently to travel within the islands) compared to the average before the pandemic, + 4% on foot.

You travel not only on roads and railways, but also at high altitudes. And here, too, Spain wins everyone: Easter Monday, according to Eurocontrol (a consortium that controls air traffic on the Old Continent), the country had 1,582 flights, which is 486 more than the average for the past two weeks, an increase of 44%. Italy also grew slightly due to 908 flights (+ 5%). Shy signals are waiting for free everything.