Home / italy / Starting from tomorrow, a discount on Made in Italy starts

Starting from tomorrow, a discount on Made in Italy starts 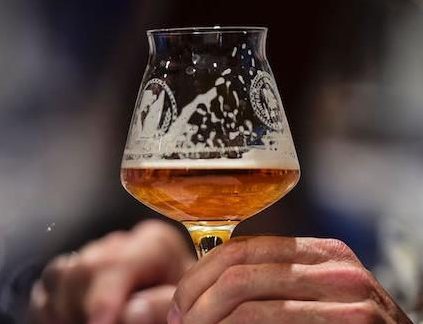 Beginning tomorrow – Monday, July 1 – a discount on craft beer due to the reduction of 40% of excise taxes on the brewery's production, which increases the growth of purchases Made in Italy. This reminded Coldiretti of the entry into force of the Decree included in the 2019 Budget Law, which provides for a reduction in the tax burden for those who produce up to 10,000 hectoliters a year.

According to an analysis of the same association, 90% of micro-enterprises will benefit from the subsidy categories of direct farmers. The bonus, which turns into support for drinking, which is enjoying increasing success with the propagation of entrepreneurial initiatives: 862 agricultural and handicraft brewers, having grown 330% over the past ten years. The result is due to an increase in consumption, reaching 33.6 liters, which is the highest indicator, with an increase of 14.3% over the past ten years.

The growth of consumption of Italian beer also contributes to significant diversification Offers, in particular, in culinary products: from cannabis beer to apulian, from gluten-free beer to rice Carnaroli del Piemonte to pumpkin, passing through it with Sicilian oranges to bergamot peel to illustrate some examples. Since the beginning of summer 2019, Coldiretti has contributed to the creation of the Made in Italy Beer Consortium, which guarantees the origin of raw materials, from hops to barley. The boom of Italian beer craftsmanship actually pushed the sowing of barley, which this year increased by 3% in total by 267,868 hectares.