Win with the EuroJackpot in Valledolmo: achieved 5 + 2 for 18 million 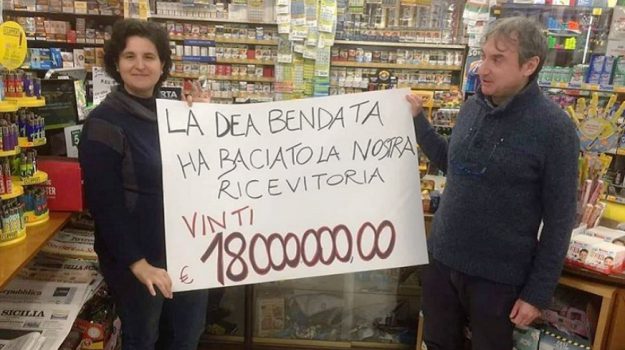 Wins millions in Sicily: a Valledolmo, Madonia's small borough, has been hit in "5 + 2 Eurojackpot" which brings the lucky player's pockets well 18 million euros. The ticket was played at the Musacato Castrenze store at Corso Garibaldi 155, near the main square.

The game includes playing at least 5 numbers at 50 and 2 Euronumers at 10, at a cost of € 2. I bet there are players from 18 European countries who then have to share the jackpot. The Valledolmo winning card was played yesterday in 46th of the 16th November competition.

The 90 million pypot have shared among five winners: 2 in Germany, one in Finland and Spain and one in Palermo. The winning combination was 13 15 18 39 45, Euronumer 5 and 6. The jackpot, for the draw for next Friday, starts from 10 million euros.