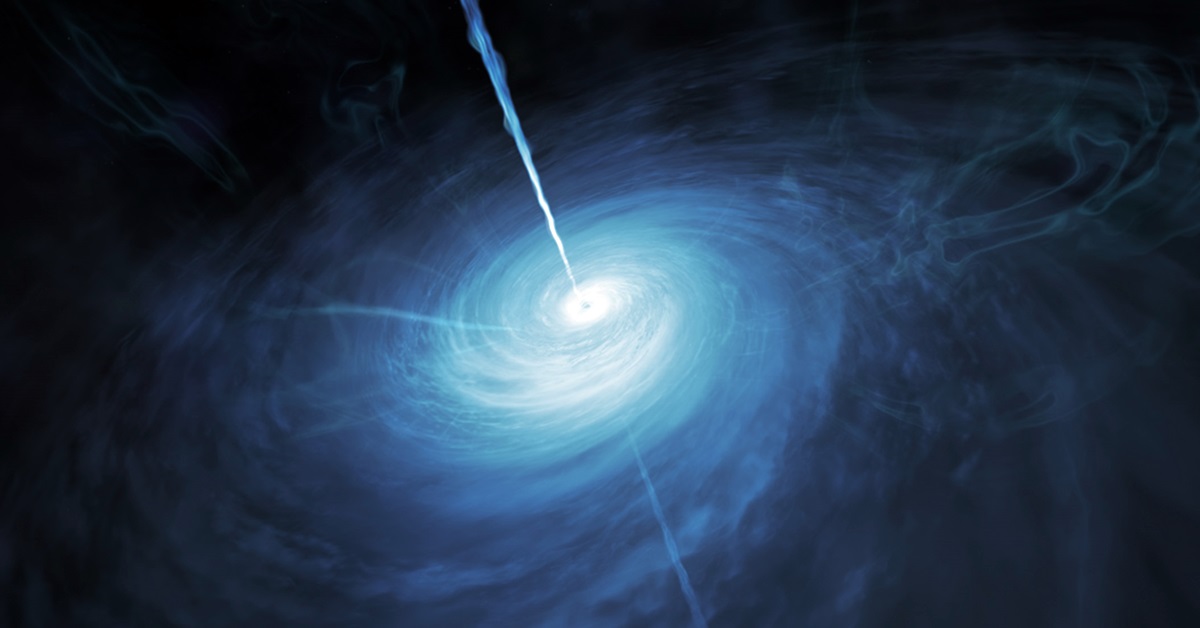 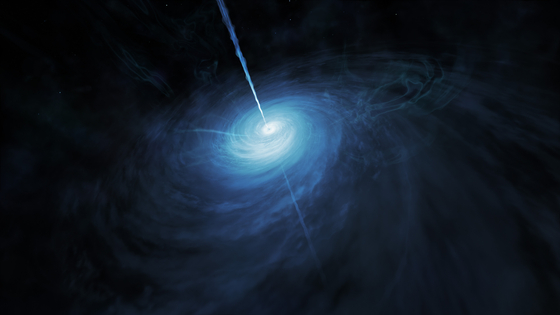 US Astronomers in Arizona used data from the Hubble Space Telescope to find a quasar of about 12.8 billion years old. The light emitted by the quasar is 600 trillion times that of the light of the sun, which is the brightest of the quasars found in astronomical history. [사진 NASA/ESA]

The Hubble Space Telescope revealed the brightest quasar in astronomical history. Brightness reaches 600 o'clock in the sun. Quasar is a black hole in the center of the galaxy that absorbs the surrounding substance with enormous gravity and is known as a light emitting object. The official name of the quasar found is "J043947.08 + 163415.7", and its age is 128 billion. The research, led by Professor Shao Wu Fang from the University of Arizona in the United States, appeared in the International Journal of Astrophysical Journal Letters.

Quasar is energetic enough to be called a "hungry black hole". Experts explain that even when a star falls, a black hole is created, but it's difficult to compare it with a quasar in terms of mass and energy. "Quasar is absorbing the surrounding materials by gravity," said Professor Kun Bon-cheol, professor of physical astronomy at the Seoul National University in NSU. . The original vivid quasar was discovered in February 2015, about 420 times brighter than the sun, but the quasar "J043947.08 + 163415.7" turned out to be superior.

The quasar light reaching the earth is so intense that it was detected by the "effect of a gravitational lens." The gravitational effect of a lens is a phenomenon similar to that of a light passing through a convex lens, which means that the world is curved and amplified by gravitational force emitted by a heavier mass. In fact, researchers say: "Galaxies exist between quasars and earth, and the galaxy generates gravity 50 times," he said. – I could see the light of a quasar, thanks to the zoom-in feature.

The astronomical community also draws attention to the age of J043947.08 + 163415.7. Taking into account that a large explosion has risen 13.8 billion years ago, and that the universe was born, this quasar is said to exist about one billion years after the birth of the universe. According to senior research associate of the Astronomy Research Group of the Institute of Astronomy and Space Sciences of Korea (KAIST), "it makes sense that there is an astronomical body with such a great energy already in a primitive universe that has not yet been formed. I can not explain yet," he explained.

The universe and the material inside it warmed up after a big blast, and the cooler, which began about 380 thousand years ago, the "dark age" was impressed. After this period, the galaxy and other bright galaxies began to be created in the process of registration, and at that time a quasar was also created.

The researcher explained, "Because the galaxies that are originally generated are interacting and developing, for example, merging with one another, they can help us to study what happened during this period." Researchers analyze the quasar light spectrum with a super-telescope (VLT) in the European Southern Observatory in the Atacama Desert, Chile. To study the chemical composition and temperature of the early universe, quasar materials emit light of various spectra.

The suspicion of “Captain’s Development” amazes politicians … What is the direction of public sentiment about Chusek? / YTN – YTN News

“The best in natural light”… iPhone 13 in real life, everything is revealed (Video)