Be careful … Malware on Google Play fills your phone with ads 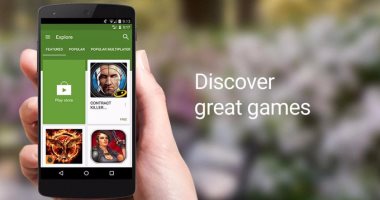 When you download an application from an official store, like Google PlayYou can expect it to be very safe, but experts warn that some applications may be harmful, do not provide real content but are designed to fill your phone with ads.

Trend Micro has warned that millions of people download programs that are said to offer many features, but in fact serve only channels to show annoying ads to those who install them.

The company found around 85 applications, which were loaded in a total of about 9 million times, one statement claimed that it was "remote control on television," while others put up game games.

Once downloaded, one of these apps is annoying full-screen ads that affect your phone usage, every 15 to 30 minutes, generating money for the developer and preventing users.

Although many applications discovered by researchers were removed from the store Google Play Now that does not mean that he is completely free of them.

Surgery keeps Braithwaite away from Barcelona for months

Washington calls for expansion of normalization agreements in the Arab world – uae71.com

Google allows you to access Google Drive without an Internet connection

Al-Shahri: Mikati government will not have all the powers to start reforms in Lebanon – Algad TV – Al-Gad