MotoGP, Blind & Igna: "Lorenzo has been a real champion in Ducati" 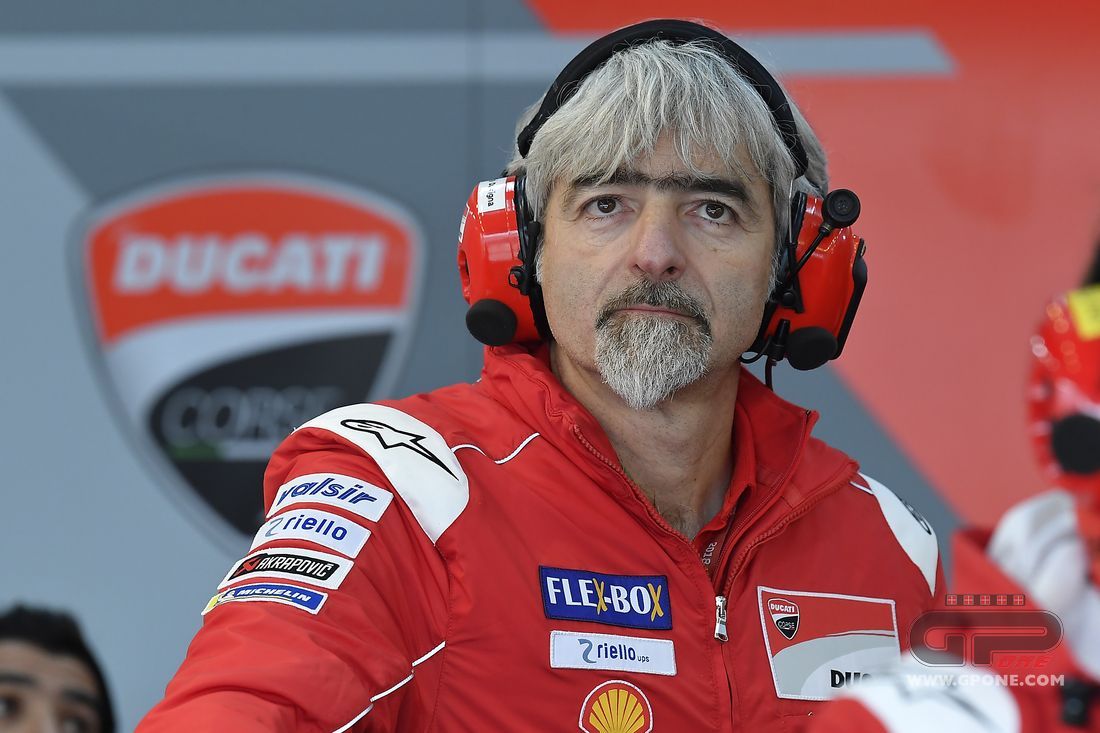 Monday in Valencia means a constraint between the past and the future, the bridge between two years. The mechanics are very difficult in the garages that prepare for tomorrow's test, while thoughts look back over the recent season. Gigi Dall & Igna sits with us to look back over 2018 and draw some collections.

"It's been a very satisfactory year – it's starting – especially in the technical front of our opinion, although we have not been able to fight for the title until the end of the year as in 2017. In addition, we have finished with a good victory, although we could have done with the result yesterday one year ago", It's jokes, remembering the lost title in Valencia.

Why are you so satisfied?

"Because we have improved our bike and have proven that by being trackers in the past where we have striven in the past, like Sachsenring or Phillip Island. In addition, we have been able to win with both knights, despite having a different riding style, and that's very important".

But …
"But we can not be completely satisfied, we have to make more effort as our goal is not to finish second. Ducati deserves to win the title, not just to fight for it".

The GP19 is the tool to do that …
"We plan to make more steps over the winter, but the main goal is to avoid losing the road. The new Desmosedici will be similar to the current one, but from the beginning we will start updating the latest news, we have important new elements in hand, for these tests and those in Jerez".

Many say that the Desmosedici is the best bike, do you agree?
"The question has no real sense and we will not even get a reply, because the only thing that counts is to win the title. I'm sure our bike is a good compromise in all riding periods. This year, we have been able to reduce the average period of disadvantage without losing anything elsewhere, but we still need a bit more. This is where we will focus in the coming months".

Is the GP19 in a higher development phase compared to the GP18 at this time last year?
"Last year was complicated, because the bike we wanted to use during the Valencia test did not give us any signs of heart when Pirro experienced. For the reason, we had to change the project significantly and just bring the GP18 to the track in September. This year, I feel more positive, taking into account Michele's comments about the new bike. But these continue to be impressed, until tomorrow it is". Yesterday, you said farewell to Lorenzo, how would you summarize the last two years with him?
"First of all, I would like to thank him for his work. It has not just proven already, it's not easy to find you in trouble and then can turn the situation around, only great champions can do that. I believe in general, it was positive, although we did not achieve what we were hoping to do. We were able to win races and excite our supporters, but not fight for the title. "

What will you miss for Jorge?
"Next year we will have two knights with a similar style and that is never completely positive for technicians. Different styles can highlight different things".

The future is Petrucci …
"Danilo has grown with us over the year, but there is still a need to take another step forward. We need to put it in the right position to be able to do that".

Then you will get Bagnaia with the Pramac team …
"He's joining a family as a world champion. I would like to emphasize that Ducati, unlike others, sees a driver's growth in a more structured way. In fact, we rotate technicians between the factory team and, The Pramac team, so Bagnaia will have the leading company and electrical engineer of Lorenzo (Cristian Gabarrini to Tommaso Pagano) ".

The focus will be on Dovizioso of course.
"He represents continuity, he is Ducati's largest asset now".

It will be under great pressure next year, could that be a problem?
"Dovizioso has already dealt with pressure in the past, last year, for example. I think he will have clearer thinking next year, because he already knows that Ducati will do everything to help us achieve the result we want".

Dovizioso has said that Honda and Marquez would probably have been inappropriate even with their mistakes, what do you think?
"That they have decided more strongly than last year, we have made progress but they are. I think that the Honda is a very balanced bike in the hands of Marquez".

Two Ducatis on the grid will be smaller in 2019, what results will it have?
"it will all be simpler. So far, we have had three different versions of Desmosedici on track, and will be in the next two years. It will be easier, I would like to see the half glass full".

There was a talk of the introduction of a minimum weight calculated by combining the driver's and the bicycle's weight, would you agree?
"I think it's time to reconsider the regulation, calculating the least weight in this way more accurately. With current tires, there is sometimes a stress problem that the rider must compete with".