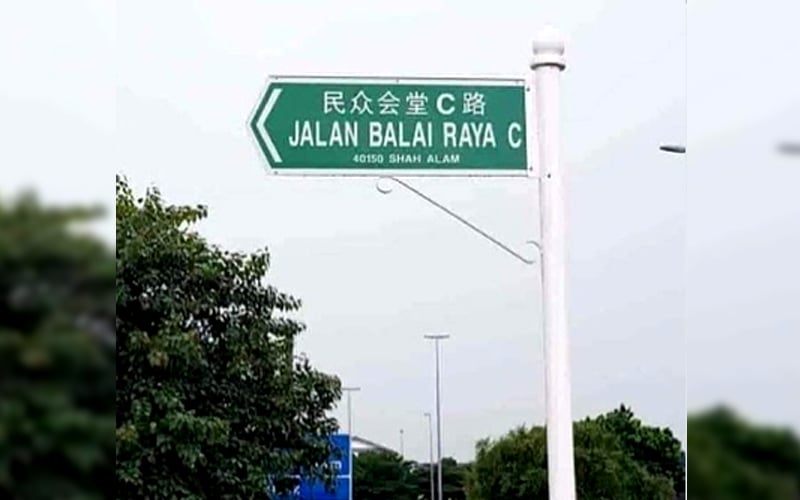 PETALING JAYA: Sultan Selangor today decided that all road signs in Shah Alam, which used Malay and Chinese languages ​​should be deleted and replaced by those who only include the national language.

The guidance by private secretary Sultan Sharafuddin Idris Shah, Mohamad Munir Bani, was issued in a letter dated November 19 to the Selangor government.

"The sultan has decided that all road signs written in the Chinese language should be drawn and put in one language in its place, which is the Malay language.

"The change must be done immediately and it should be completed before Selangor Sultan's birthday at the age of 73 on December 1," the letter said.

The letter was published after sharing photos showing the bilingual road signs on Twitter.

On November 15, a Twitter account user, Don Juan de Ryezal (@khairulryezal) queried why the road signs use the Chinese language.

"Shah Alam is a place where I'll stay and a unique city. Most of its residents in Malaysia are different from Kepong, Bukit Bintang and Seputeh in Kuala Lumpur," he said. .