Home / malaysia / The gas found in Pasir Gudang can cause cancer

The gas found in Pasir Gudang can cause cancer 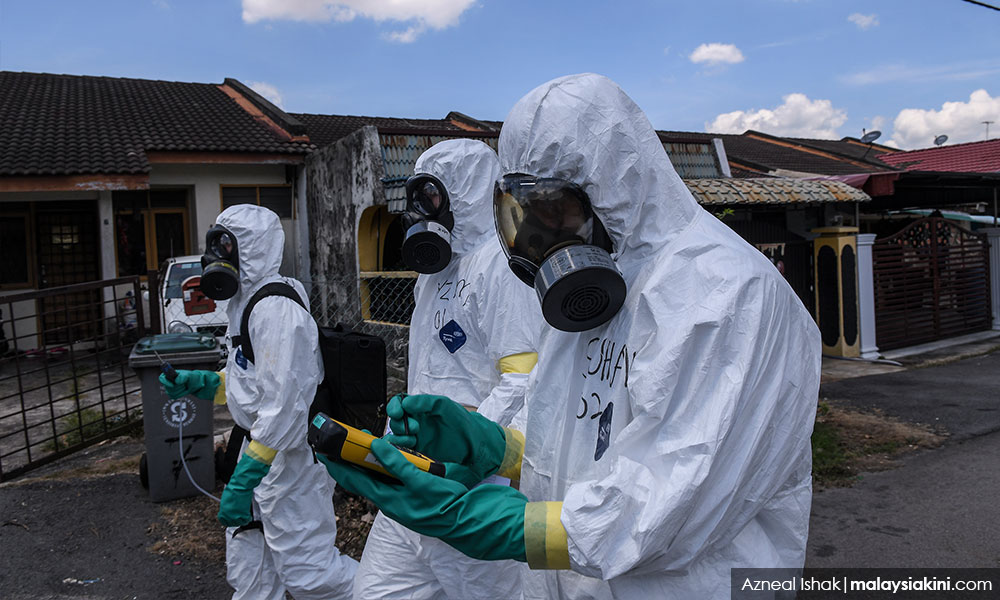 The cause of air pollution, which leads to respiratory problems, especially among Pasir Gudang schoolchildren, is still unknown.

After that, a handful of residents at Pasir Gudang who were met Bernama raised a variety of health-related side effects over the next ninety-ten years if they were exposed to this material.

Zulqifli Abdul Rashid, a senior lecturer at the UiTM Chemical Engineering Faculty, said that based on his analysis, acrylonitrile gas has a carcinogenic character that can cause cancer if it is exposed to gas daily or too long.

This is evident from scientific studies, as reported in the toxicology database by the Agency for the Registration of Toxic Substances and Diseases (ATSDR) for acrylonitrile. Bernama.

"If they (residents) are exposed to this smell of gas (acrylonitrile) for too long, this not only affects health, but can also damage the internal organs that cause cancer.

However, the probability of a cancer risk depends on several factors, including their history of the disease, whether they have asthma, age, duration and concentration of gas.

"In addition, the geographic aspect or position of residents living near the current air pollution zone is at an increased risk of developing cancer in a short time than those who live far from the source of these gaseous pollutants," he explained.

The latest incident of pollution that caused respiratory problems in Pasir Gudang since June 20th is another similar incident after the chemical pollution spill in Sungai Kim Kim in March.

Meanwhile, Zulquifl also suggests the presence of toxic gases, including three that have been detected so far. Methylmercaptan and acrylonitrile react with water elements to produce two other types of toxic gases such as hydrogen sulfide and hydrogen cyanide, which leads to rotten and rancid smell.

"The mysterious" smell of people who surrounded Pasir Gudang was probably one of the two gases, he said.

Before Bernama reported that most residents around Pasir Gudang, who were affected, complained that the odd smell worsened at night and after rain.

Zulcifli explained that the smell of hydrogen sulfide smells like rotten eggs, and hydrogen cyanide has the smell of "bitter almonds," but not everyone can smell.

The presence of gaseous cyanide gas was reported at the highest in the Taman Tanter Puteri resort during the disposal of toxic waste in Sungai Kim Kim, Pasir Gudang March 13.

Football: Liverpool's transfer window will not be "greatest" – Klopp

"I gave my daughter something that killed her"