The mother of five, Rama, came to Norway illiterate 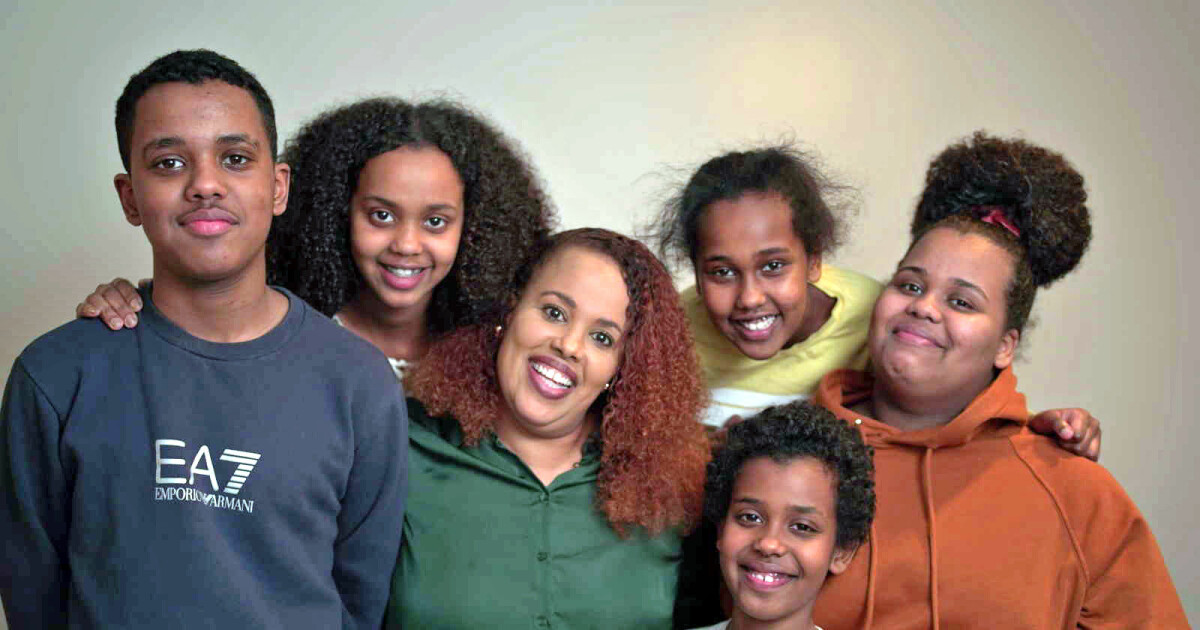 Rama Jama, 36, was a single mother of five and could neither read nor write. Then she decided that something had to happen. She had to get an education and a job.

But first she had to learn to read and write.

See “Our little country is a single mother and a professor”

Today, Rama works full time in the municipality of Oslo and supports his children himself. She created a whole new life for herself.

– So, I pay rent of 18,000 kroons, send children to school and have a fantastic job. I’m adorable! she shines.

Rama uses his own experience to help others. As an environmental worker and family counselor in Oslohelp, she meets people who need a door to Norwegian society – as she once did.

Many of the people Rama meets at his new job are single mothers from his home country, Somalia. She knows how difficult it is when you struggle with both the language and the economy of a foreign country.

I never went to school

When Rama came to Norway as a 16-year-old, she never went to school.

– To come to a country where everyone went to school, and you are the only one who can not read and write, is an indescribably difficult feeling. It’s awkward. It’s a shame. You are constantly trying to hide that you do not understand anything, Rama told “Our Little Country”.

Despite the fact that she dreamed of education as a little girl, it was not about studying in Norway. Instead, she did what she thought the Somali community expected her to do.

She married and had children. Before she was 24, Rama was the mother of 5 children. She was completely financially dependent on others and could not even write her own name.

One day she looked at herself in the mirror and decided to take action.

– I looked at myself. I looked like a tired old woman. Swollen face. Afraid, lonely. A woman in need, Rama said.

She wanted to go to school.

Rama’s husband did not support her desire to learn to read and write. He thought her place was in the house with the children.

Although divorce was tantamount to condemnation in the Somali community, she decided to leave the marriage and become a single mother.

The feeling of freedom to go to school and study was worth it.

He met a professor of mathematics

The work at the school was difficult because after school she had no one to ask for help with homework. With the help of homework in the district, she met retired professor of mathematics Atl Zeyerstad (80). This meeting was to change her life.

2017 was a year for RAMA in retrospect will be remembered only as a long tunnel of work.

But without her new friend, this would never have happened.

Every day, seven days a week for a whole year, Atle Zaerstad came home to a Somali single mother and helped her with her studies.

With the help of Atla Rami, it was incredibly successful to finish all of high school in just one year.

TV 2 met Rama three years after the incredible achievement. See “Our Little Country – History Continues” in the video window at the top.

– It’s fantastic that someone needs you

Today, Rama is part of the city of Oslohelpen in the municipality of Oslo. The team consists of family therapists, educators, social workers, kindergarten teachers and a caregiver who offers advice and assistance to children from 0 to 18 years and their families.

Rama knows that the work she does means something to others.

– It’s a fantastic feeling that people say “we need Rama”. It’s a feeling I’d like to know before, but then I experience it as a 36-year-old, she laughs.

– As a father for me

When the family looks back, it is with great gratitude for Atla’s patient efforts. The retired professor of mathematics spent countless hours helping Rama achieve a seemingly impossible goal.

He visits his family every Tuesday, and it is Rama who calls him when she needs an adult to talk.

– Atle and his family became our family. We are always invited to celebrate Christmas, and he is invited to a celebration that belongs to us. He became like a father to me, Rama laughs.

Samsung Galaxy S20 Dan Edition: Then It Can One UI 3

– I think they were wrong – VG

Warner Bros. will broadcast all new movies next year while watching movies

When is Norway playing? Here is the full program of the European Championship