Grzegorz Bierecki: I did not intend to make a deposit at Getin Bank 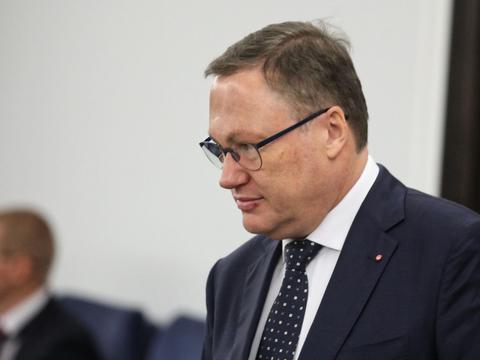 On March, "Gazeta Wyborcza" published a record of the conversation from March 2018 from the KNF headquarters, Marek Chrzanowski and the owner of the Bank of Getin Noble, Leszek Czarnecki. In one of the pieces, the name Bierecki falls.

"It came to the bank with us asking for a deposit, I do not remember at the moment, PLN 60-70 million." At first, we told him that it was too big a deposit. The last thing I wanted was to get a Bierecki deposit, which was probably the top of this whole row going to all banks, "read a piece of Czarnecki statement.

According to the publication of "GW", Czarnecki also said that he was a big problem because of his bank, because he could not refuse to accept the deposit and express serious concerns about the origin of this money; he argued that he would not accept them. He also claimed that he wrote a letter to the PFSA, where he justified that he did not receive such a large deposit in his bank, because "he did not want to be involved in money laundering".

Bierecki, when asked if he was going to make a deposit at Getin Bank, replied: "No, I did not plan." – I do not have such deposits, I did not have, I did not intend and I had never received any money at Getin Bank – he added saying he "always avoids this bank". – Looking at what is happening to him now, it was a good decision – PiS senator said.

– I have no influence on what a third party is saying about me in private conversations. In addition, I am not sure whether Gazeta Wyborcza's announcement is really a record of this chat – he added.

He emphasized that we should wait for the results of the investigation. Czarnecki made a notice last week about the possibility of committing crimes by Marek Chrzanowski when he was chair of the Financial Supervision Commission. The investigation began on Tuesday, an introductory legal qualification under art. 231 pairs 2 of the Criminal Code – the public officer breaches rights to benefit from a third party property.

– We will find out if they are (recordings – ed.) Indeed, or indeed, it was said that there were such words when the office of the prosecutor confirmed them by checking appropriate carriers of These recordings. In the modern world, with current technology, handling the digital record of conversation is very easy – Bierecki said.

He also noted that, in connection with recordings publications, he had already taken "legal action" against "Gazeta Wyborcza". – The correct correction and apology application has already been sent. If I remain unresolved, my attorney has the appropriate authorization to make a legal case – he said.

Earlier, Nowoczesna announced, in connection with the announcement of "GW" today, that he will inform the prosecutor's office about the possibility of committing a crime by Bierecki. According to Nowoczesna representatives, it should be checked whether "Bierecki or those involved were money laundering". He informed the PiS parliament that he was preparing a notice to the office and prosecutor about the activities of Katarzyna's modern Lubnauer head. In his opinion, Lubnauer informed the prosecution in his case unfairly.

After publishing "GW" on Tuesday afternoons, Marek Chrzanowski resigned from the chairmanship of a Polish Financial Supervisory Authority. First Minister Mateusz Morawiecki accepted the redundancy. "Gazeta Wyborcza" published an article in which the billionaire Leszek Czarnecki accuses the chairman of KNF Marek Chrzanowski of "in exchange for around 40 million seats". The same thing is also reported in the Financial Times, which, however, writes "only" by PLN 13.6 million. Here are the differences that arise from different interpretations of the capitalization level of the company.

According to the "GW" of the recording that transferred its transcript Czarnecki to the public prosecutor's office together with the crime notification, it seems that Chrzanowski was offering the following favorites to him: removing from the KNF Zdzisław Sokal – representative of the president of the Commission and head of the Bank Guarantee Fund – because he is a fan to acquire Czarnecki banks by the state; facilitating the increased financial consequences and what are called high risk rates (this costs the bank for PLN 1 billion) and a friendly approach to the KNF and the National Bank of Poland to the restructuring plans of Czarnecki banks ; instead, he would employ a lawyer identified by Chrzanowski, whose suggested pay, as described by the newspaper "related to the result of the bank", would amount to 1 percent. The value of the Getin Noble Bank, or about 40 million PLN.