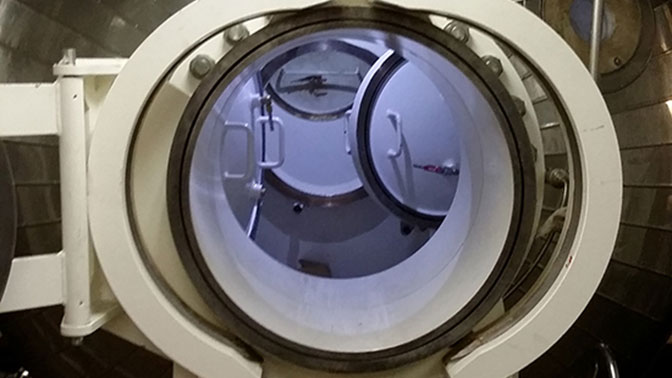 Russian sailors, who dumped the recording of diving bells to a depth of 416 meters in the Far East in October, left the Sunday night pressure chambers, where they were decomposed for almost three weeks. This was announced by the official representative of 1st Earl Igor Dygalo, Russian Navy.

"Today … the departure of the navy surgeon began from the barometric complex of the" Igor Belousov "ship after diving to a depth of 416 meters record," he said.

As Dygalo said, leader of the Navy head, Admiral Vladimir Korolev, sent a telegram to congratulate the participants of the record dump, it will be communicated to sailors after leaving the pressure chamber.

The Navy's head teacher in the Navy congratulated the plumbing participants, Igor Belousov crew, as well as industry representatives setting the record and successful development of the deep GVK-450 deep diving complex.

Distributor Dmitry Lysenko, Alexei Kiselev, Captain 2nd Rinat Gizatullin, and First Sergeant First Andrei Kozhevnikov's First Agent participating in the plumbing. Capten 1st Evgeny Udalov took part in obtaining the experiment, which led the master's group for GVK-450, and former constable of the medical service Dmitry Reymov (he occupied the post of chief physiologist's physician). The intention is that the head in the Navy will meet them in St Petersburg.

Dylago noted that a total of five Russian Federation records and nine Navy records and the Ministry of Defense were established during the work.

Experts predict preservation of vaccination against COVID-19 “for many years”: Society: World: Lenta.ru