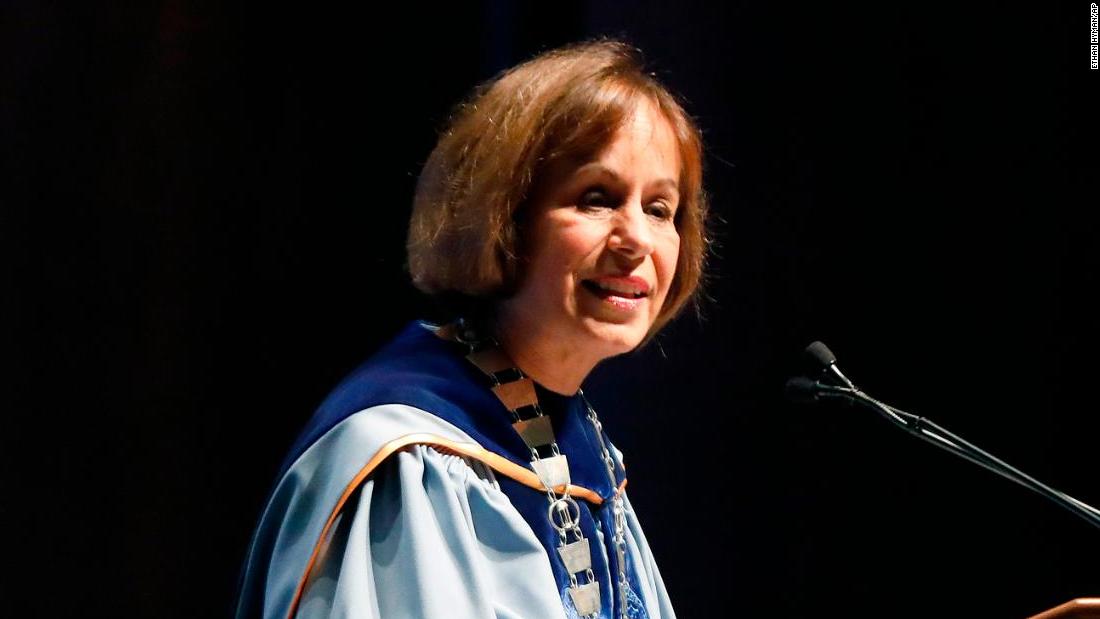 Falt started its work in July 2013. She will be released after graduation in May, according to a letter she wrote to the UNC community.

Administrators Folt and UNC have faced what to do with Silent Sam. The tension around the memory recently reached boiling point as part of a great national talk about the purpose and the need for confederal memories.

Silent Sam is the nickname of the statue of the Confederate soldier, which was built upon the request of the Confederate Daughters. He was dedicated in 1913 to recall the "sons of the university who died for their beloved Southland from 1861 to 1865," the website UNC says.

Months of discussions with faculty and students have prompted the Folt and the UNC Trustees Board to offer a $ 5.3 million new building to safely place Silent Sam, but this plan was rejected by the UNC Governing Board in December.

The board gave administrators until March 15 to develop a different recommendation.

In a letter to Falt, she stated that she authorized the removal of Silent Sam and the memory cards from the Confederation website.

"The presence of the rest of the campus on campus is a constant threat to both the personal security and well-being of our community and our ability to provide a stable, productive educational environment," said Folt. "No one learns best when they feel dangerous."

Falt also said that the dispute between the memoir caused too many violations.

"Caroline's leadership should turn his full attention to helping our university achieve its vision and live its values," she said.

Leaders of the UNC Board of Trustees also spoke on Monday, saying they support the Folt decision to step down.

"She brought great energy and deep passion for innumerable initiatives that made Carolina stronger and ready to inspire future generations of students, teachers, staff and graduates," the statement said.

Harry Smith, chairman of the UNC Board of Governors, spoke on Monday evening saying the board was unaware of Folt's intention of resigning or removing the Silent Sam base before it was made public.

"We are incredibly disappointed with this intention," Smith said. "It does not have transparency, it undermines and offends the purpose of the Council to work with class and dignity, and we strive to ensure that the relevant stakeholders are always involved and that we always work in a healthy and professional way."

Smith said that the process and timing for determining the optimal solution for the future of Silent Sam "remain unchanged."

"The safety and security of the campus community and the general public attending the institution remains paramount," Smith said.

Falt, who arrived at UNC in 2013, arrived at the university in the midst of an academic scandal about student athletes that began in 2011.

She acknowledged that in 2014, the university missed some of its students for "many years", allowing them to take lessons that do not meet its own academic standards.
In 2016, the UNC's report on sexual abuse was studied after the then student, Delaney Robinson, disclosed information about her charges, accusing the player of the campus, arguing that the prosecutor's office and the university were in no hurry to bring justice. This happened despite the school's revision of the policy of unlawful actions, which came into force in 2014.
On the administrative side, Folt said in his letter that the school had raised "nearly $ 500 million in scholarships and assistance." The University also raised more than $ 2 billion in its "Carolina Accumulation campaign" last summer, "said Folt.

"I decided that it was time for me to convey the leadership of our distinguished university, with all its impetus, to the next chancellor, and look forward to my own" new and next, "Folt said.

Chris Boyet, a member of CNN, contributed to this report.

Miles Garrett: Officials should also have fired the assistant coach

Here’s a sophisticated TCL phone that could be