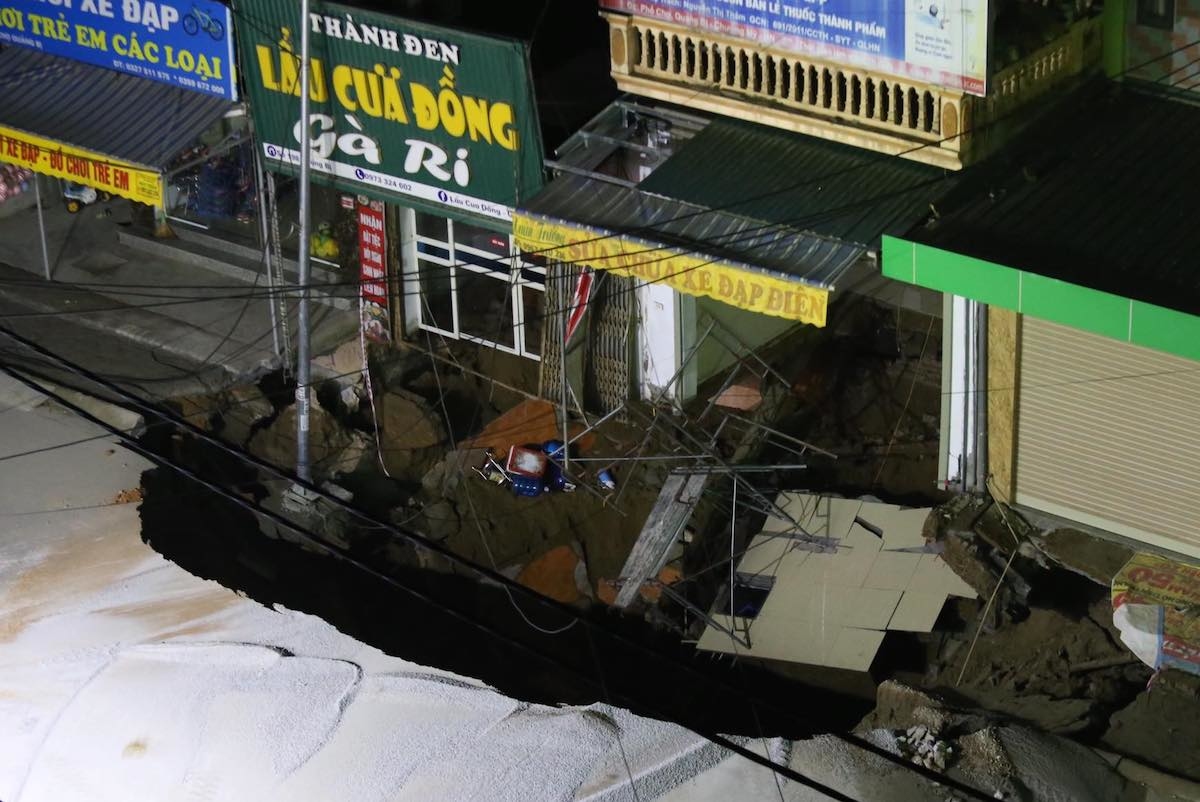 HanoiThe “hole of death” appeared in front of three houses in the village of Hai, Kuang Be commune (Chuong Mi district), as a result of which the floor and electric poles were demolished on April 6 at 16:00.

In the evening of the same day, Mr. Chung Kuong, the house opposite the deepening, said: “I heard many crackling sounds, ran out to see two wells popping out of the pit, at the same time the machine drilled sesame seeds fell. Below.”

According to Mr. Kuong, this morning the Dang Dinh Nham family organized drilling of wells, and by 16:00, when he drilled to a depth of 47 m, something happened. “We have lived here for decades and have never seen such a phenomenon,” said some locals. The original information was lucky that no one was injured in the pit.

According to witnesses, initially the crater was only 3 m wide. People mobilized a fresh concrete truck with more than 50 m3 poured into the pit to prevent subsidence, but failed. Tonight, until 9 pm, the pit is about 12 m long, 5 m wide, about 4 m deep, and many cracks in the road surface are showing signs of spreading.

The crater is located in front of three one-storey, three-storey and five-storey buildings with restaurants, pharmacies and car services. The floor of the pharmacy, electric poles and many other pieces of furniture were pulled down.

Authorities temporarily relocated 8 households around, blocking 200 m along provincial Highway 419, a section that runs through the village of Hai. Outside the crater area, hundreds of interesting people stood and watched.

Addicted to drugs through brutal rape, the guy forced an eccentric group relationship